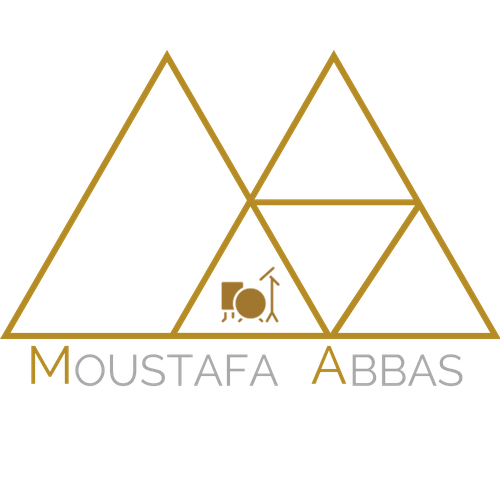 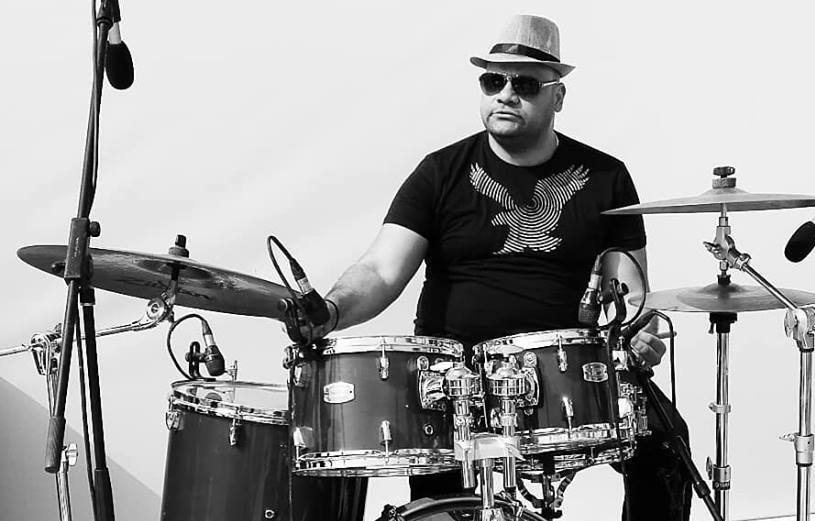 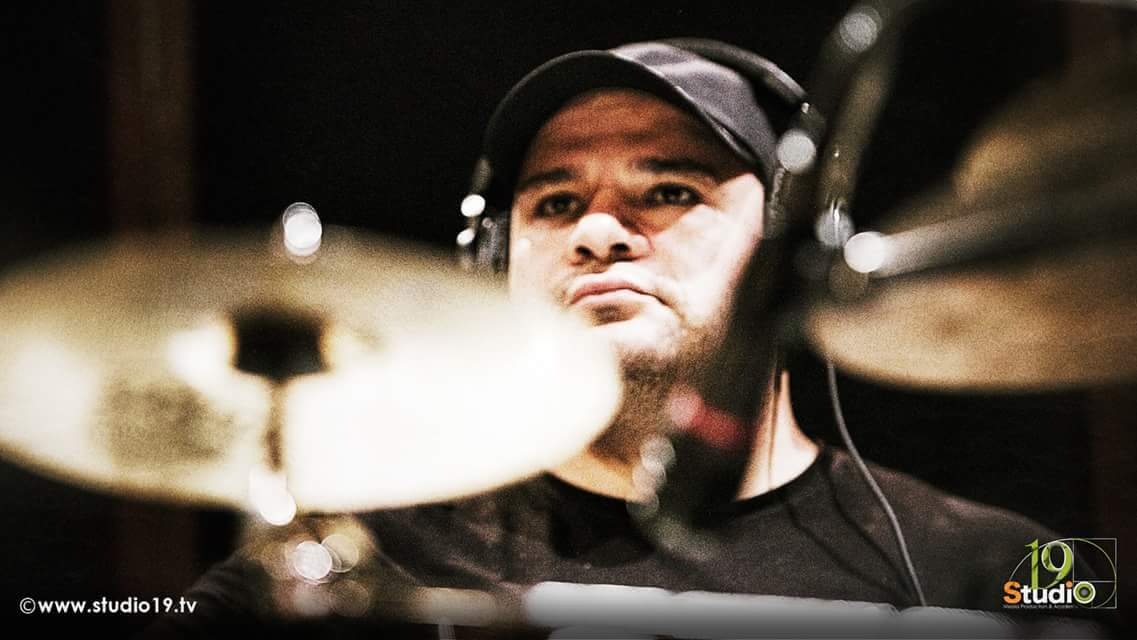 Moustafa Abbas was born in 1977 in Cairo, Egypt, in a musical family where his brother was a professional singer. Moustafa started his musical career at a very early age by joining his brother’s band as a professional drummer at the age of 12. He then continued to perform with different bands along with his education. By high school, he was already performing with Egypt’s singer celebrities at the time like Ahmed Gohar, Ali Hemeda and Medhat Saleh.

Moustafa enrolled in the Faculty of Music Education, Helwan University, where he further nurtured his passion in percussion, and indeed, it opened up his professional musical career more than ever. He accompanied most of the 90’s pop stars like Angham, Bahaa Sultan, Ahmed Gohar, among others in their tours in the Middle East and Europe. He fell in love with Arab percussion instruments, especially the Egyptian Tabla on which he performed in different recording sessions, music recitals, and music tours with musicians like George Kazazian, and ensembles like the American University in Cairo Folklore Group.

Upon his graduation, Moustafa continued with his career as a drummer in live performances and recording sessions with the Middle East’s biggest pop singers like Samira Saeed, Saber Roba’y, Asala, Angham, Abd Allah Rowayshed, Hussein ElGasmy, and Mohamed Abdu, through-which he participated in numerous grand musical festivals in the Middle East like Dubai Nights, Hala February, AlSharqa, Qurtaj, Mawazeen, among others. 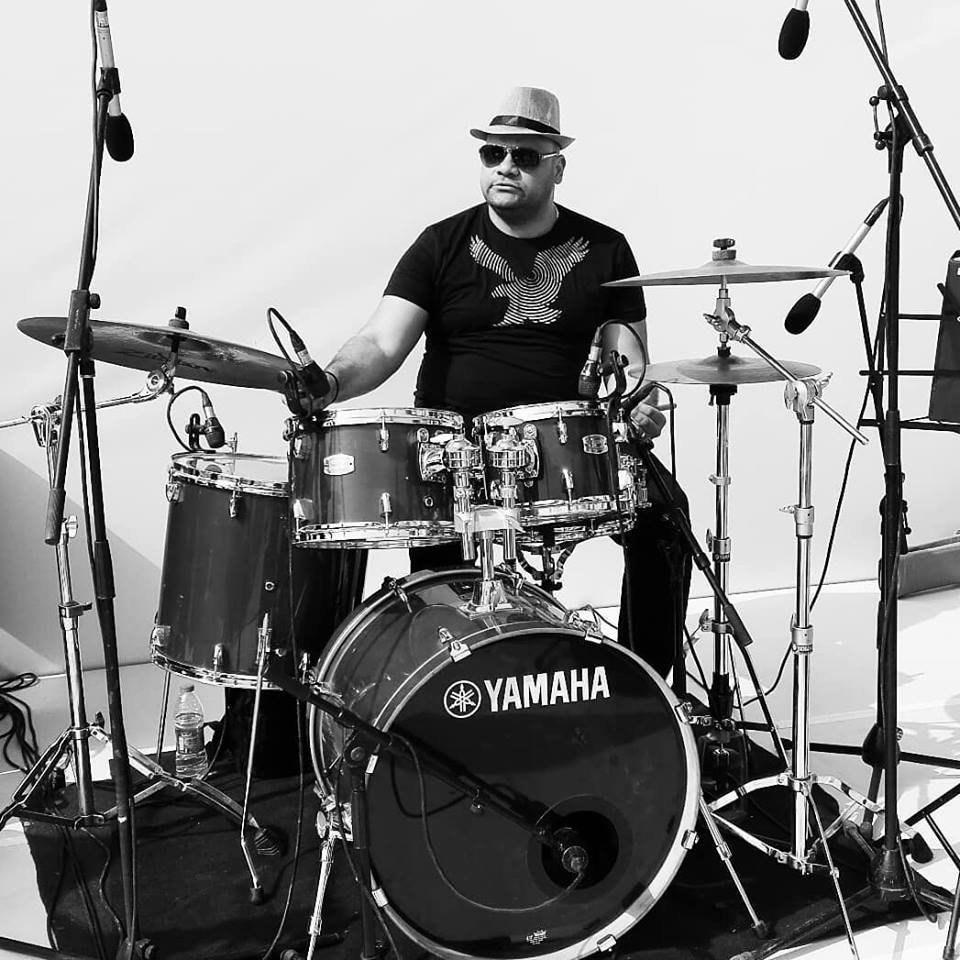 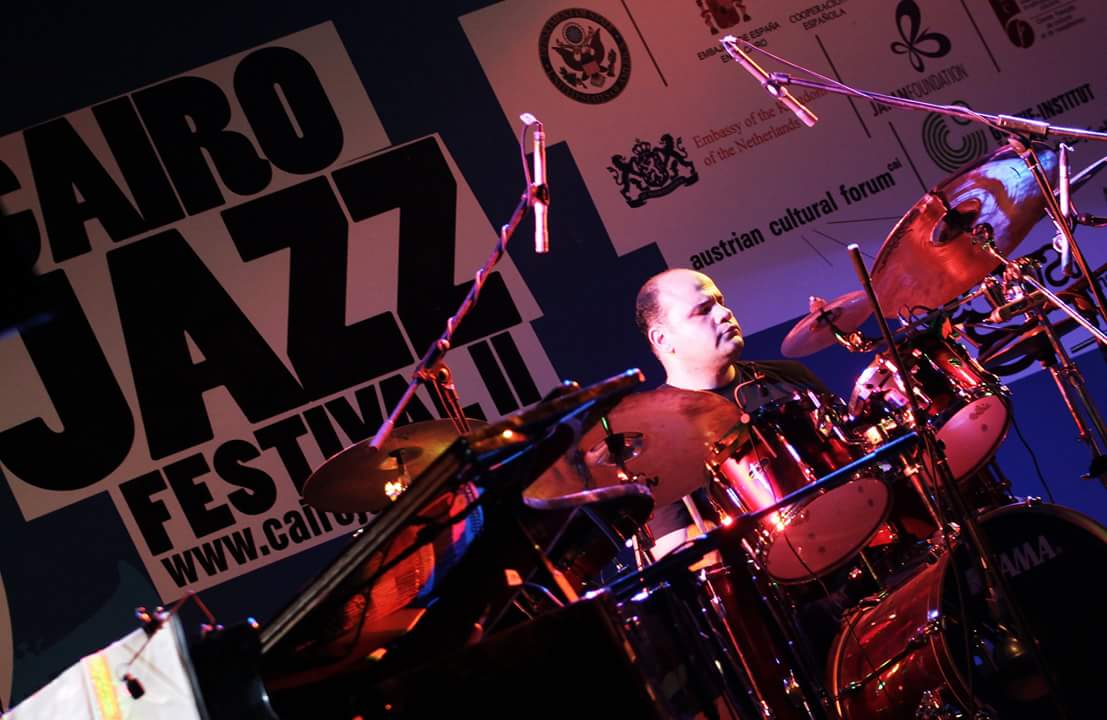 A Drummer of Every Color

Unlike others in his career, Moustafa’s drumming career and passion spread across different music genres. Besides pop, he joined numerous bands performing Jazz, Rock, Blues, Reggae, and Afro, as well as Arab Music. He also accompanied musicians from around the globe such as France, Germany, England, Singal, Switzerland, Poland, India, Korea, Nigeria, United States, Canada, among other countries. He performed on some of the greatest stages worldwide like Royal Albert Hall and Millennium Stage, (London), Walt Disney, Dolby Theatre (Los Angeles), as well as various Opera Houses in the Middle East. He also fell in love with Egyptian Folklore, and joined the American University in Cairo Folklore Ensemble since 1996, through-which he participated in international music festivals around the world.

Since 2013, Moustafa Abbas has been teaching Tabla as a sessional lecturer to undergraduate students at the American University in Cairo, where he authored his first book on Arab Rhythms and Percussion instruments The School of Egyptian Tabla. In 2017, Moustafa also became the director and the trainer of the AUC Folklore Ensemble where he continues to inspire and foster the talents of amateur undergradante student musicians.